What Is WI-Fi? The Whole Concept 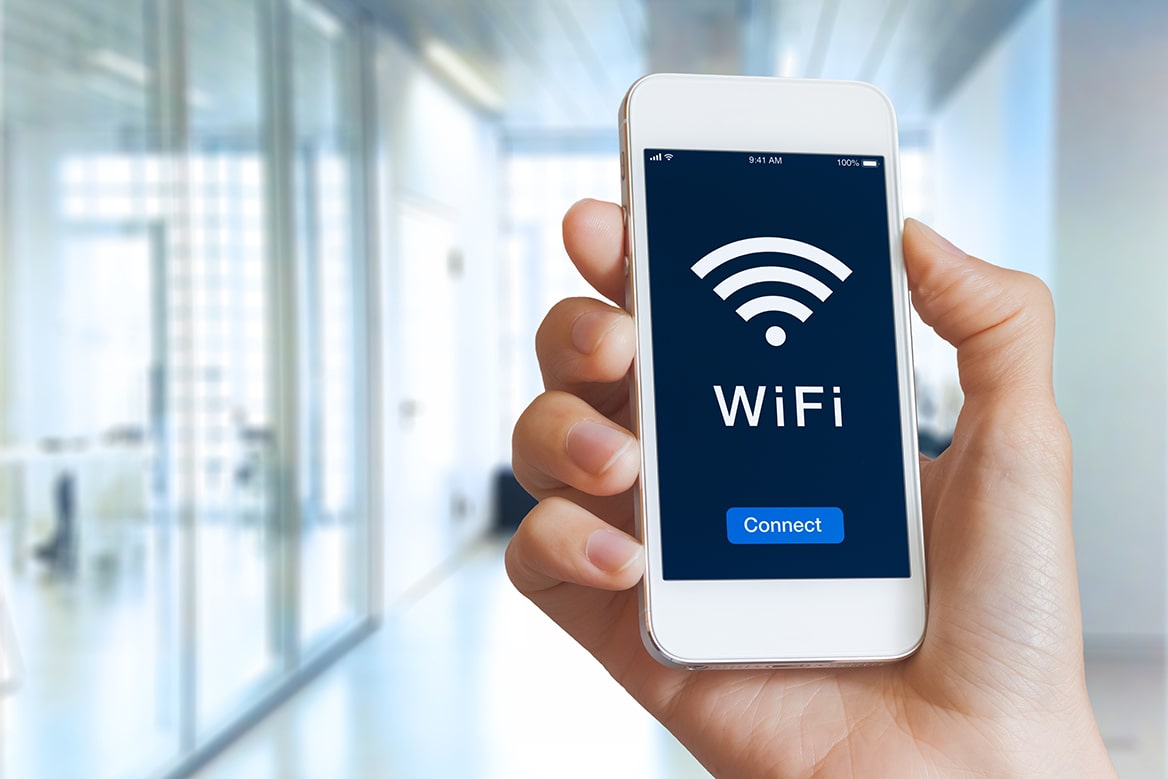 There is more than one WiFi definition on the internet. What is WiFi? It is a wireless local area technology that supports the sharing of data between devices or from a router to a device. It uses radio waves to deliver high-speed web connections to users.

The organization that has the registered WiFi trademark is Wi-Fi Alliance. The Alliance company is an NGO with the sole aim of promoting WLAN.

WiFi stands for wireless local area network that operates on the IEEE 802.11 protocol. This is an acceptable WiFi meaning.

Tech changed everyone’s usage of the net. Access to the web became faster and cheaper with improved privacy. WiFi stands for WLAN (wireless local area network). Finding out how wifi works are easy. It works as a transmitter radio, transmitting information over the air through radio waves. These waves are a form of electromagnetic radiation, longer than the infrared light.

It works without any form of a wired connection between the sender and receiver.

Wireless Fidelity has two main types of radio wave frequency: 2.4 gigahertz and 5.8 gigahertz. These two frequencies also have other subdivisions called channels under it, through which different systems can connect.

When downloading a file from a site like Facebook over WLAN, here is a breakdown of how it works.

WLAN is reliant on radio waves. Any obstruction in the form of disruption by other systems can affect it. Some causes include Bluetooth devices, transistor radios, refrigerators, television, cordless telephones, and microwave ovens.

The Access Point (AP) is vital to the workings of the technology. It is the job of the Access Point to emit signals that other computers can join to enjoy the web. The computer must have an unwired adapter to connect to the WLAN.

After solving the riddle of what WiFi stands for and how it works, there is still more to learn. It is time to familiarize the brain with three essential terminologies.

One point that makes these terms attractive to learn is that they speak to the commercial side of purchasing decisions. Even if it is just for home-usage, when searching for a new WLAN device, they can come in handy.

What Is Wi-Fi Radio Spectrum?

It refers to the radio frequency available for unwired communication. The Radio

Spectrum is an essential part of a functional wireless communication system. Without it, the system is not at its best.

For the latter, it has 11 channel divisions, while the former has many channel divisions. The radio spectrum is under the regulation of appropriate bodies, with every country having its rules.

The 802.11 networking standards is the first Wi-Fi specification developed by the Institute of Electrical and Electronics Engineers (IEEE) in 1997. Since then, there are many other specifications available, including extensions of the 802.11.

The extensions are the 802.11b, 802.11a, 802.11g, and 802.11n. 802.11 technology is the most popular unwired computer networking standard in the world. They are common in homes and offices to connect computers, smartphones, and other devices to the net. Wires are irrelevant and non-existent with it. 802.11 standards developed as an alternative to the ethernet.

Its policy needs to be secure to prevent unauthorized people from gaining entry. This is why its Security Protocols keep changing and experiencing key privacy upgrades. The end goal is to make it safer, secure, and more efficient.

There are different types of WLAN Security Protocols: WEP, WPA, and WPA2. Although they are similar in terms of serving the same purpose, they also have their differences.

Wired systems are safer than unwired ones because they only transmit from Point A to Point B.

8 Amazing Facts About Wi-Fi You Need to Know 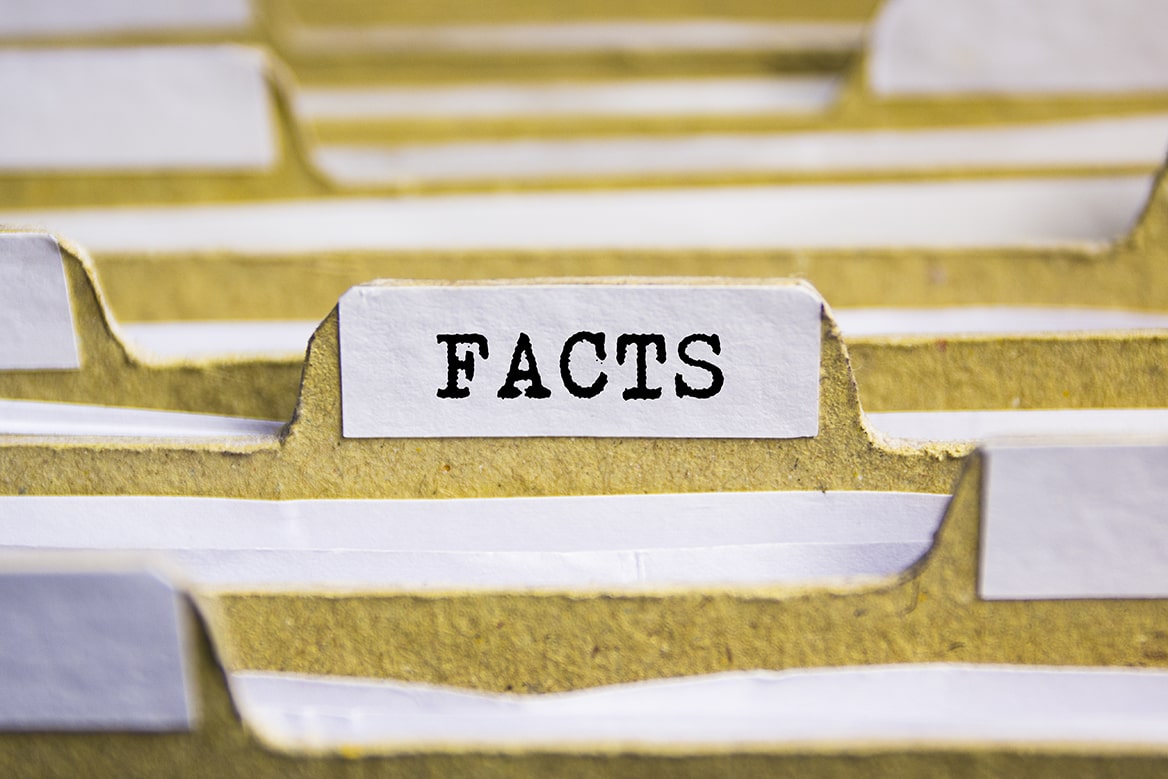 It is a popular and useful technology. There are so many advantages of WLAN that boost the quality of human life. One good example is that it allows for convenient web access and search results. Despite its popularity, there are so many facts about it that go unknown.

Hawaii Is a Pioneer Location

The precursor of the modern WLAN started in Hawaii in 1971. In the University of Hawaii, a groundbreaking computer networking system called ALOHAnet came to fruition. ALOHAnet marked the first time it came to the public domain.

Wireless Fidelity Is Not Short for ‘WiFi’

There is a common misconception that WiFi means Wireless Fidelity. This is not true. It is a term given by a branding company to describe the technology. The error happened because of the advertising slogan “The Standard for Wireless Fidelity.”

IEEE 802.11 is simply the standard policy on which it works. For any two computers to communicate effectively, there is a need for standards to enable communication.

IEEE is an abbreviation for the Institute of Electrical and Electronics Engineers. This institute came together to set the standards for WLAN communication.

WLAN uses radio waves to function. It is a form of electromagnetic radiation. This is how it relies on radio waves. The receiving device needs an adapter it uses to turn data into radio waves. The adapter now transmits it as a signal using an antenna. It is the function of a router to receive the radio waves and convert it into data.

The two frequencies used for transmission are 2.4 GHz and 5 GHz. They are higher than the ones needed for cellular transmission, which means they can carry more data.

WiFi Can Cover up to 260 Miles

The Swedish Space Agency recorded successful data transfer over a distance of 260 miles. It is an exciting feat, but some factors played in this success.

One, it was to an overhead stratospheric balloon, so there was no form of physical barriers to disturb the signal. Two, it used non-standard WLAN equipment such as 6 watts amplifiers.

A router used for home and office functions can only transmit over shorter ranges. The usual coverage is 100ft, but other factors can also hamper transmissions over a shorter distance. Such factors include physical barriers and other signals.

Different Varieties of Wi-Fi Are Available

There are various kinds of WiFi available. The first was the 802.11. Since its establishment in 1997, there are several others available in the market.

All comes with its benefits and cons. They all have different costs and transmission speeds.

WLAN Isn’t A Nice Fit for Most IoT Applications

Many IoT devices require long battery power to operate. They usually need to send a few amounts of data but over miles. This is why WiFi is not a good fit for these applications/devices.

It can send large amounts of data (more than what most IoT applications need), but it can’t send over long distances such as miles. It also consumes a lot of power. The better alternatives are Bluetooth and Cellular IoT.

Is WiFi Dangerous to the body? Scientific research on this topic varies in their conclusion, even in 2020. Some reports show the dangers of WiFi on human health while others downplay any potential WiFi health risks.

According to the latter group, WiFi radiation is too low to cause any alarming damage to the human body. Other scientific experiments show that WLAN has detrimental effects on the human body. They include oxidative stress, low sperm count, and DNA integrity.

Studies further show that excessive exposure to WLAN radiation can cause sleep deprivation, disrupted memory and learning, and fatigue. How? It reduces melatonin secretion.

Interestingly, some newer studies show that it can have a beneficial impact on both humans and animals.

Despite a large number of well-documented studies, it is too early to conclude. Most of the studies agree that it has potentially harmful results, while some claim that the consequences are not that severe.

Does WiFi cause cancer? The reality is that there is still a need for more conclusive evidence to establish a definite conclusion.

It is a wireless communication system that allows different computers and devices to connect to the internet. Wi-Fi Alliance is the company that owns the Wi-Fi trademark. Understanding it is key to essential to making the best purchasing decision for unique needs (home or work).
With knowledge of how it works, it is possible to optimize it for maximum performance and speed. Physical obstacles and other signals disturbances that affect its performance will quickly get resolved.
Radiation from it is not a potent threat to human health.